Kahrl’s show was part of an international drawing program of four solo exhibitions called D-segni curated by Ilaria Bonacossa. The program occurred in 2004, a year dedicated to art made by women at Fondazione Sandretto Re Rebaudengo 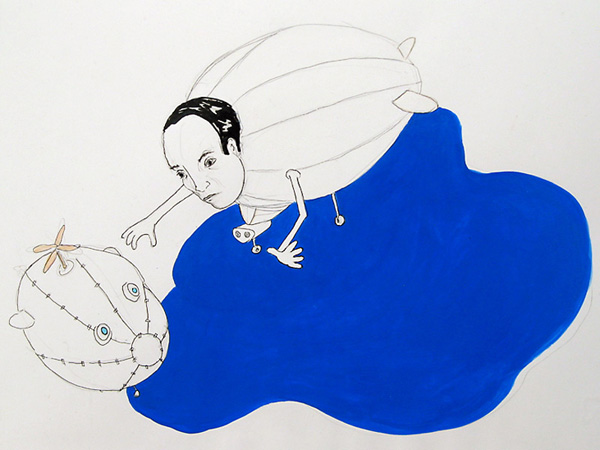 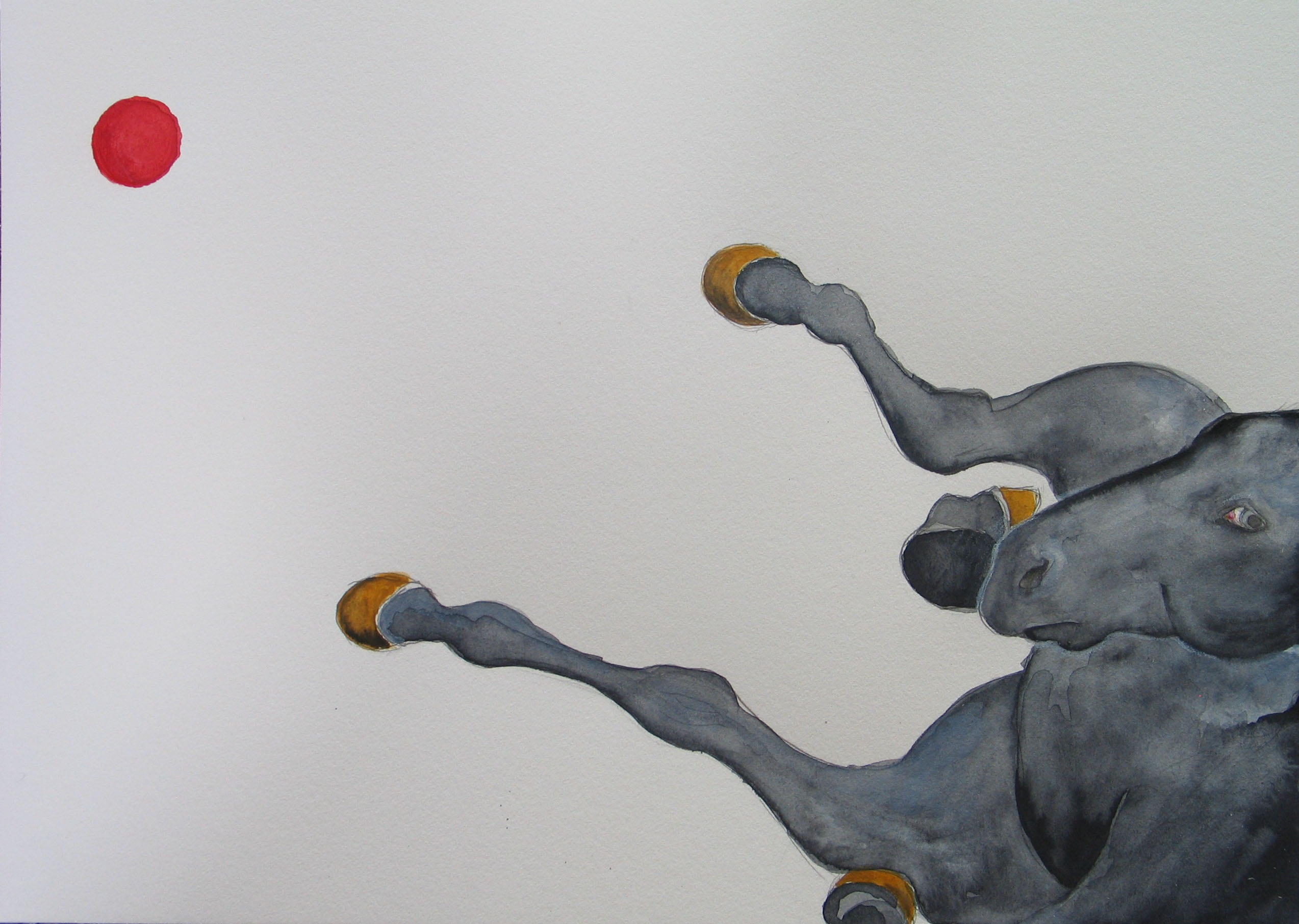 “The work of Marguerite Kahrl reveals a semi-serious viewpoint of the contemporary world, suspended between technological evolution and environmental disasters. The human blimp figures are like centaurs which instead of uniting animal and human, a scientific part joins with a more ancient one of humanity”. 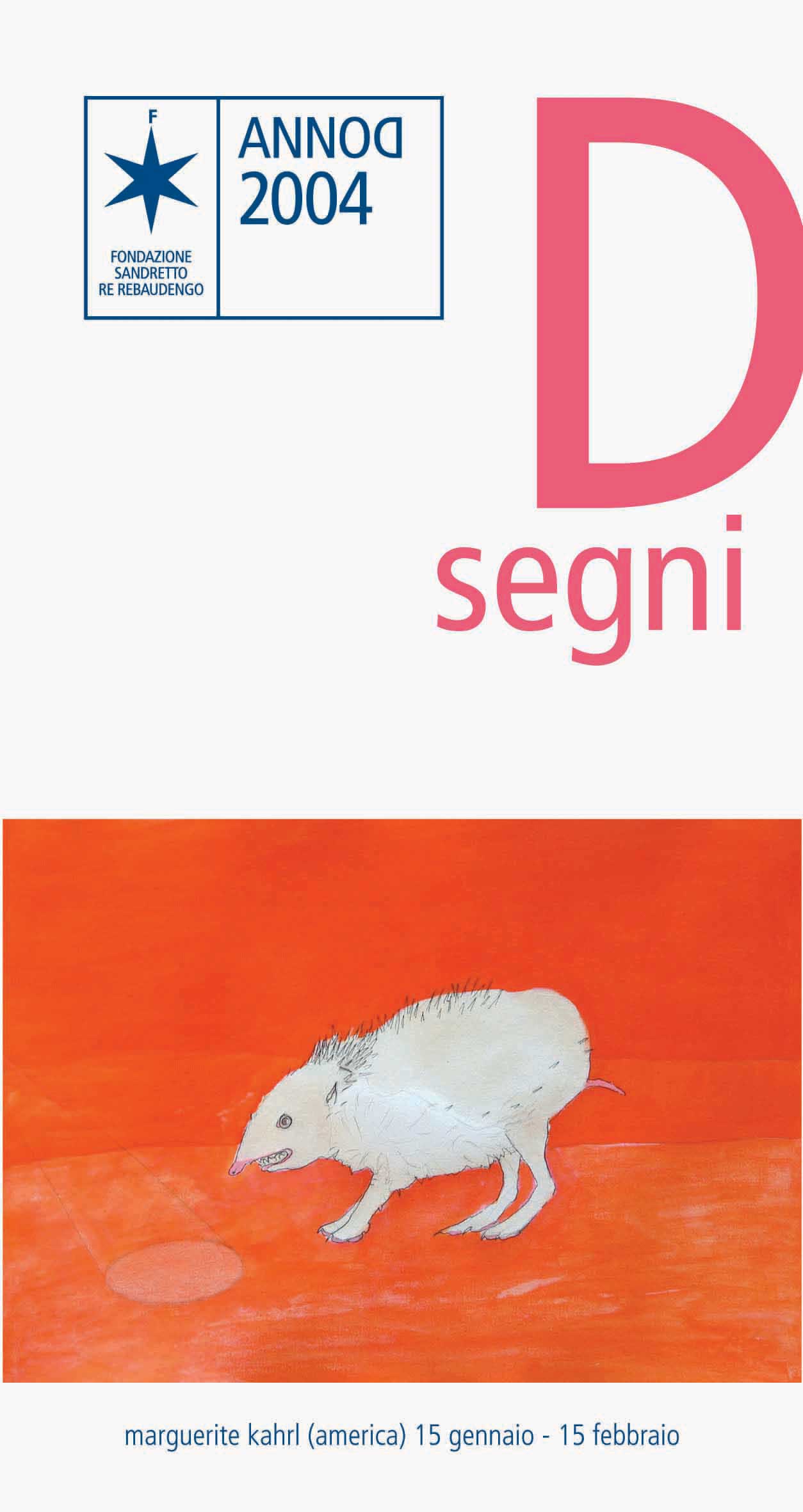