2012  PREMIO PAV 2012, International competition for the realization of an environmental artwork, 2° prize. Prototype for portable bicycle trailer to be used in and around PAV, idea cards and documentation of project.
Parco Arte Vivente, Centro Sperimentale d’Arte Contemporanea, Turin, Italy 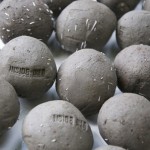 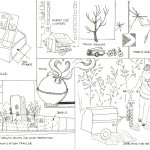 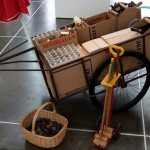 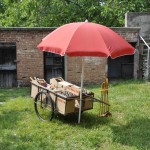 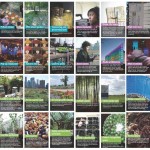 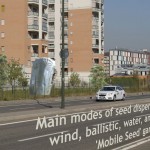 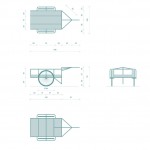 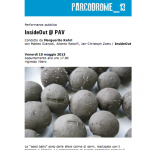 ‘InsideOut’ considers the role which art can play in promoting citizen engagement at PAV. The project combines initiatives with portable trailers encouraging the involvement of citizens in activating PAV and other underutilized urban spaces. Our proposed activities combine education and play, gardening activities, local empowerment and advocacy for the cultivation of community spaces.

The trailers signal a new paradigm of urban lifestyle, food production and consumption while offering residents and visitors a different perspective on the possible uses of PAV. Built as a modular system the carts offer users mobility for tools, seeds, plants, seed balls, games, information about community gardening and diverse settings for picnics.To jumpstart this process of creative thinking, we designed a deck of idea cards to be used in the workshops. For the exhibition ‘Into the Habitat’ we display a bicycle trailer prototype along with idea cards and documentation of the project.

Premio PAV in Torino | Beyond The Beyond | Wired.com